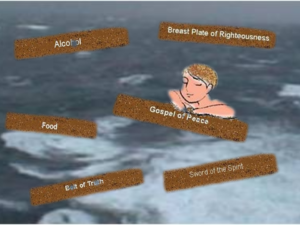 This ship must run a ground and you must swim to shore on anything you can grab to get you there!  (Last night an angel of the God whose I am and whom I serve stood beside me and said, `Do not be afraid, Paul. You must stand trial before Caesar; and God has graciously given you the lives of all who sail with you.’  So keep up your courage, men, for I have faith in God that it will happen just as he told me. Nevertheless, we must run aground on some island…  “The rest were to get there on planks or on pieces of the ship. In this way everyone reached land in safety. Acts 27:23-26; 44

Jeremiah 29:11 says: For I know the plans I have for you,” declares the LORD, “plans to prosper you and not to harm you, plans to give you hope and a future.

God wanted him there.  He really does have a marvelous way about him.  God needed someone to explain to an Ethiopian traveler what he was reading so he simply told Philip to, “Go south to the road–the desert road–that goes down from Jerusalem to Gaza.” Obediently, Philip did it!  See how easy that was?  Not only did Philip “go” as God had said, but after Philip obediently explained the scriptures and led the Ethiopian to Christ and baptized him the bible says “that when they came up out of the water, the Spirit of the Lord suddenly took Philip away, and the eunuch did not see him again, but went on his way rejoicing. [40] Philip, however, appeared at Azotus and traveled about, preaching the gospel in all the towns until he reached Caesarea. Now why can’t God be that direct with all of us? There would certainly never be any question where God wanted us!  I think it’s because God has a greater plan  and a purpose and they include all people not just me.  As God taught us through our brother Rick Warren, “It’s not about me”!  It’s hard to remember this truth when such a loving God would continually involve Himself in my life!!  His love shows me that it is all about me, but that’s another topic for later.  Wait a minute, let me stay on that thought for a moment!  Two people are involved here; Phillip and the Ethiopian Eunuch.  God sends Phillip to the Ethiopian.  Phillip must have felt so honored, so proud to be used of God.  That God would entrust to him the work of teaching His Word, leading another to Christ, and follow through with the great commission. Wow! How pumped Phillip must have felt!  Then there is the Eunuch.  He had questions, maybe some doubts.  He needed to understand and God sent him someone to alleviate his doubts and answer all his questions.  He learned of the God of the universe who loved him enough to send someone to help put him on a new path; a path to the same destination, home, but a path with a new vision and purpose upon his arrival.  Wow! How pumped the Ethiopian must have felt!

First, God put Paul here.  He has allowed all that has happened to Paul to happen. God knew about it; he wasn’t caught sleeping on the job yet Paul ended up in this nightmare.  Paul was being obedient and this was the path God chose to get him to Rome.  It’s possible it wasn’t about the destination at all; maybe it was about the journey.

Second, God told Paul what was coming and that it would be OK.  Whether in a Sunday sermon, reading his word or in prayer time God gently conveys the way I should go and that it will be OK. Taking it to heart and resting in this truth is another matter.  I unfortunately, require affirmation from others and I believe it’s kept me from obediently tenaciously pursuing my purpose. Third, that all those in his traveling party would be safe and blessed.  This touches me so that God would not only want to save Paul but all those with him.  This really drives home the point that, “It’s not ALL about me” but my presence in the group could certainly make a major difference in their lives as well.

Do not be afraid, Paul. You must stand trial before Caesar; and God has graciously given you the lives of all who sail with you.’ So keep up your courage, men, for I have faith in God that it will happen just as he told me. Nevertheless, we must run aground on some island.  God knows the destination, he knows who you’re with and He has a plan.  Sometimes His plans include some serious detours. We might see them as detours but they were either God’s intended directions programmed into the GPS of our lives or it became a case of re-calibrating because we veered like Jonah?

Some parts of our lives are shipwrecks. (I know the more familiar saying is train wreck but the biblical expression is “ship wreck”.)  It wasn’t Paul saying grab a plank; it was the Centurion.  Who knows, maybe Paul was one who couldn’t swim and had to grab a plank.  I cried the first time I seriously read this passage.  I felt that God was saying, “Whatever you can find to stay afloat, grab it.  Use it to my glory and purpose!”  Many Christians will throw out words of encouragement quoting scripture like, “All things are possible with God!  I believe that

, if God’s Word says it I know it’s true.  When we have nothing else to encourage others, we quote scripture, you can’t go wrong.  But God backs up His Word with actions. If you are a Christian who has gone through some storms, grabbed onto the beams of faith and trust and gotten to shore in the loving arms of our Savior, share it!  Tell the world! There has been an underlying message that’s been gnawing on my “perfect little Christian” bone. Too many Christians have no story! They sail through their pious little Christian life with plenty of money, receiving all kinds of unconditional love, and total human security to the end of their days never really having a faith-filled “storm story” to share and say; “keep up your courage, men I have faith in God that it will happen just as he told me.  If they do have a story they don’t share it thinking if their life isn’t reflecting some sort of perfection it won’t reflect a loving God and Savior at work in their lives.  Where do we ever see the life of the early Christians as perfect? Following Christ is hard. It’s the narrow way; it’s amazing, it’s faithfully frightening! But, He is faithful! He is full of grace! He provides and He restores!  How are we ever going to know this unless we experience it? How will we ever be able to lead others to Christ and help them stay strong if we don’t share that experience? 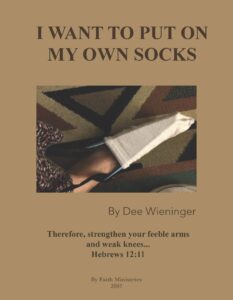 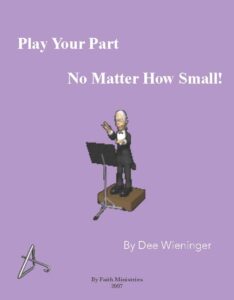 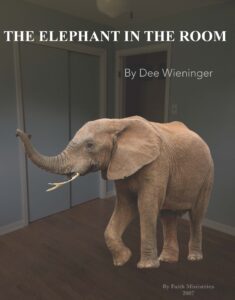